Commonwealth of England – The most consistent team for the past 3 years. They had a long term plan. Were willing to change their own strict guidelines on residency to get Barbadian Jofra Archer in the team weeks ahead of the tournament. Winning was all that matters and not sentiment. A lesson for other nations to take note.

New Zealand – Constantly overlooked by pundits and opponents. But the black caps showed their mettle. Team work and discipline under Kane Williamson’s leadership was admirable.

50 overs cricket – With the rise of T20 cricket many were righting off the future of  this format. How wrong were they?

Host England and Wales – The infrastructure of the hosts allowed sports fans to get to and from games with ease.

Attendances – Unlike previous world cups not one game in this tournament had a small turnout. Even the game between Afghanistan and Bangladesh drew a decent sized crowd. The noise from 19000+ Pakistani fans at the match against New Zealand in Birmingham was like something you would normally hear at a Turkish football derby in Istanbul.

(Sunday’s world cup final was played on the same weekend as the Wimbledon finals, netball world cup (Liverpool), British Formula 1 Grand prix (Silverstone), and the July Cup (racing) at Newmarket. All packed to the rafters with fans. Kudos to the UK sports fans.)

Pitches – Prior to the start of the world cup there were fears that this tournament would be a feast of batting. Thankfully the pitches prepared by the ICC gave bowlers a fair chance of competing.

ICC – Round robin format was excellent.

Sheldon Cottrell – The only West Indian cricketer who consistently played with heart and passion. Deserves to be on my list for this piece of magic

West Indies – My pain from the 1983 world cup final when we lost to India continues. The fact that Jofra Archer played under 19 cricket for Barbados in 2014 and ended up starring for England sums up the poor state of planning in West Indies cricket.  Coaching and mindset needs overhauling.

South Africa – Their failure was a complete mystery. But the continued lost of so many of their top players to English domestic cricket – under the Kolpak rules – must finally raise alarm bells for their fans and board.

ICC – For trying to restrict any harsh criticism of the umpires by the commentators.

ICC – For giving India time to “rest” and recover from their Indian Premier League (IPL) exploits. Thus played their first match in the tournament days after some teams had already played 2 games.

Umpires – Some were just dreadful. Umpire’s call is frustrating.  They blew some big decisions. [ However, sad to see umpire Ian Gould retire from the game. One of the good ones.

Phil Simmons (Afghanistan) – Bad timing by coach Simmons to disclose to the public and players – ahead of the world cup – that he was leaving the team after the tournament. Poor decision by him to change captains just before the world cup. Spent too much time in the buildup talking about his time as West Indies coach.

India – India’s losing run chase against England was weird, given they batted for the whole 50 overs and hit just 1 six. Was this to prevent Pakistan from qualifying for the semi finals?

Had India defeated England then the latter would have had a tough task making the semis. Ironic that New Zealand benefited and knocked India out to face England in the finals. 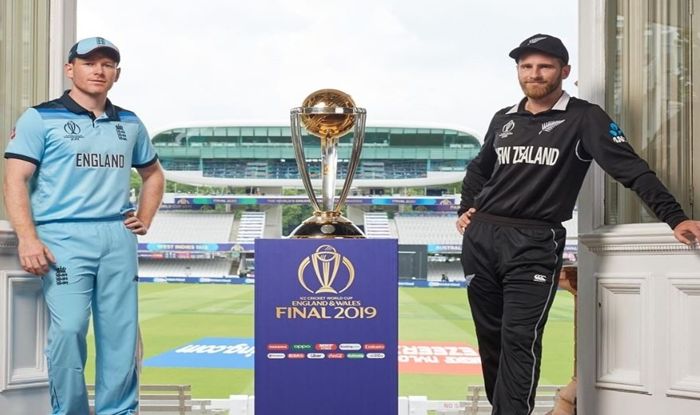