PEP & CMU Just Not Adding Up

If Apple Inc. removed its CEO, Chief Operating Officer and Chief Design Officer right in the middle of the launch of a major product, then shares in that company would fall sharply and shareholders would demand immediate answers from the chairman for such major staff upheavals. Such a dramatic shakeup would also affect the credibility of the launch of that new product.

So in Jamaican news that the newly designed Primary Exit Profile (PEP) programme for grade 6 primary school students (aged 11-12) entering high school has had caused controversy is not surprising. The PEP results has been released and has generated mixed reactions from key stakeholders. Some teachers have called out the government for rushing through this new programme.

The big problem on the messaging by the Jamaica Labour Party (JLP) government on PEP was that those senior figures who championed PEP in its buildup are not the ones speaking today.

Thus their political successors in the government – Karl Samuda (oversight minister) and Alando Terrelonge (junior minister) – have lacked the authority and clarity to speak on PEP. Prime Minister Andrew Holness is currently the Minister of Education but has said very little on PEP.

Approximately 42,000 children sat the exams, 59% were not proficient in mathematics, when proficiency required a grade of between 50 and 79 %.

“An average 40% of students who sat the first Primary Exit Profile (PEP) examinations did not achieve the required competency. The results were particularly poor for Mathematics and Science where more than 50 per cent of the students did not achieve proficiency.” – RJR News Online

But should PEP have gone ahead? Especially as the public first got wind of potential scandals circulating the Ministry of Education Youth and Information (MOEYI) from as far back as the spring of 2018.

During a discussion on Newstalk 93’s “The Evening Edition” hosted by Lambert Brown (Opposition senator) on the Petrojam scandal, listeners were forewarned of a much bigger scandal looming at the MOEYI.

Not long after that show was aired “The Evening Edition” was cut, so too all the other political talk-shows on the UWI-funded radio station. The listeners has never had an explanation for this major change at Newstalk 93, but it’s worth noting that a number of contractual staff at the Ministry of Education also presented shows on Newstalk 93.

All this happened around the time when questions were being raised in parliament about the salaries being paid to government advisers – which included some who had shows on Newstalk 93. Programme manager at Newstalk 93 then was Marlon Morgan who is currently senior technical coordinator at MOEYI.

So given the chaos that came from PEP since the results were released, we have to ask if the launch of PEP for grade 6 students was done in the most professional and effective manner.

The saga at the CMU continues and in the past 10 days the public were given some more stunning revelations.

In discussions with the Gleaner, Bernard rejected comments – made by his successor and former colleague Grace McLean – that he had authorized certain payments to CMU.

Bernard told the Gleaner “She (McLean) was intimate with CMU matters. I have no intimacy with CMU matters. She is the chief education officer. She liaises, she oversees Caribbean Maritime University matters,” he said, challenging McLean to produce one shred of evidence that he instructed her to stage the $317,000 party with public funds for Pinnock.”

Bernard has a point. Given Grace McLean’s husband Eron McLean is vice-president of university advancement and development at the CMU. Why would prime minister Holness allow Mrs McLean to have oversight of the CMU given her personal connections there? Mrs McLean worked closely with Holness a decade ago when he was Minister of Education.

But Pinnock may need to be recalled to the PAAC from his leave of absence to answer further questions on the recruitment to the CMU of  Sharen Reid-Thomas as manager of legal affairs and also the hiring of Owen Ellington, commissioner of police until he sensationally retired (at 52) in 2014. Ellington is Director of the Centre for Security, Counter Terrorism and Non-Proliferation and his deputy at CMU is former assistant commissioner, Assan Thompson.

According to Thursday’s Jamaica Observer…
“Caribbean Maritime University Council (CMU’s Board) has reported that it was not notified about the engagement of four individuals, including former Jamaica Labour Party caretaker Othniel Lawrence, consultant Gail Campbell-Dunwell, and a company…a small team from the counci” conducted the “independent investigation” at the request of the chairman after a special meeting of the council on March 25 at which the allegations were discussed.”
This report sounds hmmm from the CMU Council given that members of the Council includes CMU staff Fritz Pinnock, Noel Brown, Devon Gardner and Ibrahim Ajagunna (currently acting CMU president in Pinnock’s leave of absence).
This ongoing scandal at CMU makes you wonder if the institution did deserve the university status it gained in 2017. In any scandal that affects an adult educational institutions, tuition fees write-offs always raises its ugly head.
[2015 Auditor General report on CMU when it was known as CMI: “CMI’s receivable management system proved ineffective in collecting outstanding tuition fees. As at March 31, 2015, 3,102 students owed $326.4 million in tuition fees.“

PAAC- Bipartisanship Can Have Teeth

Credit to the current Public Administration & Appropriations Committee (PAAC) for their sterling work in holding public officials to account. Credit to both the PNP and JLP members who – over the past 18 months – have displayed a desire to get government bodies to spend wisely and deliver best practice.
Let us hope these public bodies (incl. Auditor General) will delve into the operations and processes of other established colleges, universities and education related agencies. Because it cannot just be the CMU that has serious flawed procedures and practices.
These exposures are good for Jamaica and shows that bad practices and poor governance of the public’s money will no longer be tolerated. Long may that continue to be the norm for the PAAC.
More Questions
Auditor General Raised Concerns in 2015

We await further revelations.
But warning signs of poor governance, significant staff failings and resource management inadequacies at CMU (then known as CMI) were flagged by the Auditor General from as far back as late 2015 in the below report.
2015 Auditor Report Activity-Based Audit – Caribbean Maritime Institute (CMI)
which included comments such as:
Yet by 2017 CMI was awarded university status. 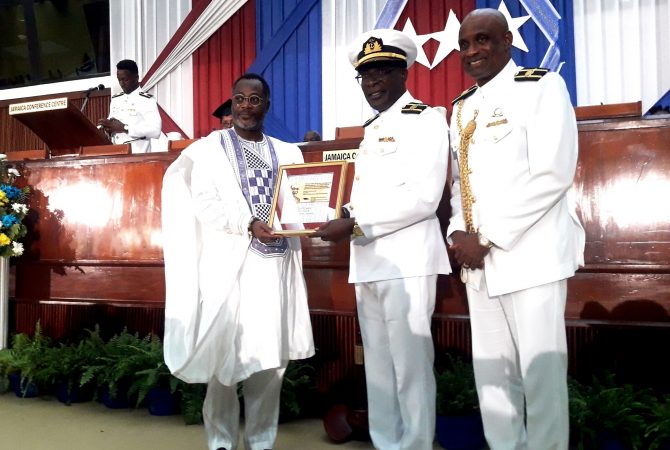 Funking all over the metaverse
View all posts by africanherbsman1967 →
This entry was posted in jamaica, jamaican, Uncategorized and tagged Caribbean Maritime University, CMU, corruption, jamaica, jamaican, ruel reid, scandal. Bookmark the permalink.