WADA & Their Excuses for TUEs

When news broke that sports stars took banned substances with the blessing of the World Anti-Doping Agency (WADA), I was not that surprised. As back in 2014 I saw a report from Kent Universty highlighted that…

‘70% of top UK swimmers and third of Team Sky cyclists suffer from some form of condition, especially exercise-induced asthma’

What has surprised me is how WADA has tried to defend their hypocritical process.

Giving some athletes a free pass to take banned substances under the therapeutic use exemptions (TUEs) system is just unfair to other athletes who do not take such substances.

The Russians through the Fancy Bears website have been slammed for hacking the WADA database in releasing the data. Fancy Bears has done sports fans a service to show up the hypocrisy of WADA’s confusing anti doping programme.

It just shows how wrong it was to blanket ban Russian athletes for Rio 2016.

WADA and sport governing bodies should understand that  athletes have a right to know if their rivals are taking banned substances under TUEs. So too fans and sponsors. If not the TUE system smells of deception.

WADA should release the names of Russian sportsmen and women who also have had TUE passes.

What WADA should have done is introduce some penalty to handicap those athletes who desire TUEs to take banned substances.

So if athletes were approved to take banned substances in Rio then there should have been at least a 3 place penalty – ensuring the athletes cannot win a medal. With the public fully aware.

WADA can learn from Formula 1 motor racing. If a racing team makes major changes to the car there are grid penalties and sometimes the driver has to start the race from the back of queue. Yet these fans are kept aware of such developments prior to and during the race.

In Britain the TUE fallout is beginning to gather momentum following the recent explanations by cycling multi gold medalist Bradley Wiggins. Wiggins was allowed to take a banned substance for his asthma ahead of major events such as the Tour de France.

Ironically some British former athletes who are normally vocal in calling for life bans – on those who take banned substances – have said little.

But British sprint hurdler William Sherman is one of the few to speak out:  ‘I think #TUE’s are the biggest load of BOLLO-NY. If you can’t compete for a medical reason then that’s all part of the natural challenge’

Fancy Bears has been attacked by many in the media for disclosing the medical details of these sports stars. The US has quickly ignored the story given some of their major stars were also named.

WADA and sports governing bodies need to respect the public and not take them for granted in the future. As fans will lose faith and interest in those sports if the use of banned substances is still quietly endorsed by WADA. 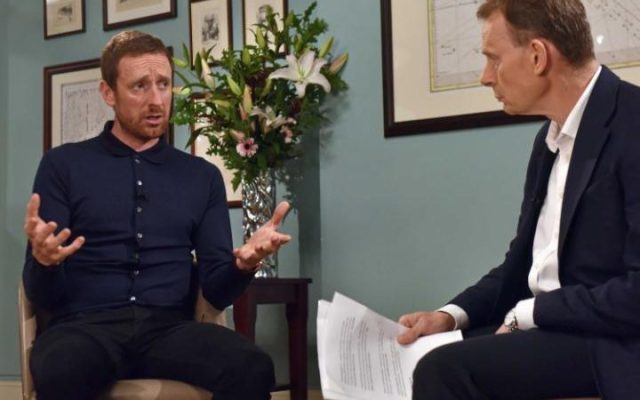 Funking all over the metaverse
View all posts by africanherbsman1967 →
This entry was posted in anti-doping, BBC, britain, olympics, wada and tagged anti doping, doping, drugs in sports, olympics, sports, Sports politics. Bookmark the permalink.

1 Response to WADA & Their Excuses for TUEs