Dominican Republic Court Strips Many of their Citizenship

As a recent ruling by the Dominican Republic (DR) Supreme Court removed the citizen rights of Dominican Republicans born after 1929 to parents of non DR, one wonders – what the dickens is going on in Hispaniola? How can such a ruling deemed legal, reasonable and acceptable in today’s modern Caribbean? The ruling in effect does look like a covert attempt to hit the Haitian diaspora who were born in the Dominican Republic post 1929.

History tells there is no love lost in the Dominican Republic for their Haitian neighbours. That same history also reminds us that during 5 days in October 1937,Parsley Massacre , thousands of Haitian migrant workers in were killed by the Dominican Republican state under their then leader Leonidas Trujillo; in order the “cleanse” the border.

Understandably the DR state must not been allowed to uphold such a ruling. International pressure must take a stance immediately. The Caribbean Community group CARICOM has written to the DR government. But CARICOM  member Ralph Gonsalves, Prime Minister of St Vincent and the Grenadines, was not impressed with the letter and wrote his own letters to the DR  government in stronger and direct terms. Which included….

“My dear brother, I urge that you act swiftly in pursuing a path to correct the court’s prejudiced denial of the human and citizenship rights of persons of Haitian descent born in your country…..”

“Frankly,” this is a matter on which quiet diplomacy and muted behind-the-scenes dialogue are wholly insufficient. “

So what else to can be done to prevent the DR new ruling? Economic and politically pressures should be applied.

Would the silence from our leaders be so loud had such a ruling being made based on sexuality or deemed anti-semitic?.

The DR Supreme Court ruling has the hallmarks apartheid South Africa and look how we allowed that policy to proceed for decades. We cannot afford this to happen in our back yard of the Caribbean. So the usual great and the good need to stand and speak louder.

In 1804, Haiti was the first modern independent nation in Latin America and Caribbean  But since then one wonders – following major natural disasters, countless coups, dire dictators, negative international perception- whether have they ever felt free as a people in anyway. 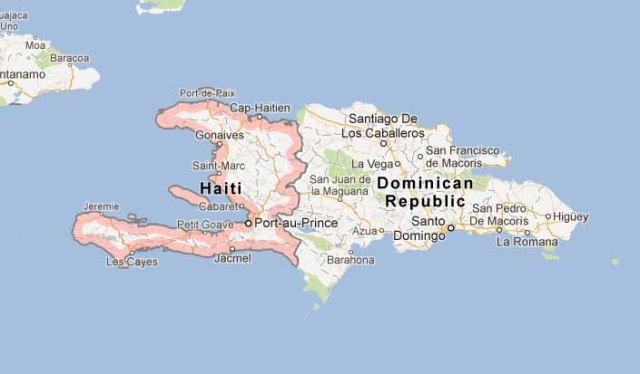