Time for West Indies Cricket to Break Up?

Since the late 1970s I felt strongly that the concept of a West Indies cricket team was outdated and that the region should have broken up into 5 or 6 teams playing international cricket in their own right; namely, Jamaica, Barbados, Trinidad & Tobago, Guyana and/or Combined Windward and Leeward Islands.

The cricketing (male) talent in the West Indies since the 1940s has been bountiful and yet its full potential was never allowed to maximise itself on the international scale. Thus too many good young players left the sport – over the decades – due to a lack of opportunities within the region.

I felt when the Caribbean islands started to gain independence, from colonialism since the 1960s, the regional cricketing administrators should have laid the foundation to go their own separate cricketing ways.

The Caribbean has always had the players, a rich cricketing pedigree, the passion and pride, the environment to make such a momentous move sustainable and rewarding.

Recently, the West Indies cricket selectors found themselves in an awkward position when picking a full-strength squad for the tour of Bangladesh, as many of the first team players decided to opt out including captains Jason Holder (test) and Kieron Pollard (ODIs).

As you can imagine some Bangladeshi cricket officials felt miffed by this overwhelming snub by the more recognizable players from the West Indies. No surprise then that the host whitewashed the West Indies 3-0 in the ODIs.

But when we saw the West Indies squad for the 2 test match series some felt the new players chosen would be classed as rejects or stop-gaps. Yet some of these newer recruits should have been in the test team ages ago based on their form and attitude in local/regional cricket; Nkrumah Bonner a prime example. Despite seeing him play just a handful of matches, Joshua Da Silva had shown a lot of potential for test cricket.

Some of us despairing Windies fans were hoping that the fresh faces in the test team would seize their moment, play exceedingly well and make life interesting for those senior players who opted out. Result!

So high praises to debutants Kyle Mayers and Nkrumah Bonner (man of the series) for their special performances in ensuring the West Indies chased down a record score to win the first test. Mayers was man of the match.

Bonner, Da Silva and Alzarri Joseph showed maturity and confidence with their batting in the 2nd test where Rakheem Cornwall played a match winning role with ball and in the slips to complete a 2-0 victory over the host. Proving once again the cricketing talent in the Caribbean is deep but not truly developed.

Interestingly, as that first test was on its way, a T10 overs tournament was being held in Abu Dhabi which involved at least 22 West Indian cricketers including many who snubbed the tour to Bangladesh.

There is no way that any other cricketing nation would have allowed their senior players to play some micky-mouse-well-paid lavish tournament when some of those said players would be have been expected to be padded up for the national side. This is the core of the issue today for me on the relevance of Team West Indies cricket.

West Indies Cricket Should Have Broken Up in the 1970

The (male) teams of Barbados, Trinidad & Tobago, Guyana, Jamaica and the Combined Windward and Leeward Islands were worthy of test status since the 1960s due to its wealth of talent on display at the regional, club and junior levels.

[Gray and Clarke were as good as any of the well-established fast bowlers in the Caribbean but chances of making the team consistently was near on impossible. They both had stellar careers in English county cricket.]

With such quality then why should the Caribbean have settled on just one international team instead of 5 or 6? A golden opportunity was missed when cricket in the West Indies was king.

The concept of West Indies cricket stems from the British colonial age that lingers on in subtle guises.

Luminaries such as the writer C.L.R. James felt that the notion of Team West Indies cricket was the perfect model of the kind of integration that should be mirrored across other aspects of Caribbean society. James was passionate about a federation of Caribbean islands.

The Caribbean can look to rugby union and the example of UK international teams of Ireland, Wales, Scotland and England who each play independently; but every 4 years the top players from these 4 nations form the British Lions team and tour overseas to play either South African, Australia or New Zealand in 3 test matches.

International cricket on a whole suffers from having too fewer top nations and the addition of 5/6 new teams from the Caribbean could bring renewed interest from local fans and investment to help take this great sport forward in the region and wider cricketing public.

Today, the likes of Barbados, Guyana and Trinidad & Tobago have solid domestic cricket programmes and infrastructure to make a viable case for international status. The Windward and Leeward Islands have made some of the biggest strides in cricket development especially in terms of modern cricketing grounds and facilities.

Jamaica is not far behind but has continued to produce players of international level. These Caribbean teams can also tap local talent from the diaspora in the UK and elsewhere including the USA.

The 5/6 national teams in the Caribbean have the coaches, the former players (mentors) and fan base both at home and in the diaspora to support such an initiative towards independent cricket.

The working relationship between West Indies cricket teams and their board of directors has rarely ever been harmonious. Forever fractious and at times the tension revolves around national lines. The West Indian boardroom members are still at loggerheads today. Shame.

If the West Indies (when they were number 1 & box office) was carved up into test playing nations and acted as a bloc they could have had a greater influence in the boardroom of the International Cricket Council (ICC). As a bloc of 5-6 votes the West Indian suits could have greater leverage to acquire more revenue and games for themselves.

In international football, the UK has 4 national team(s) & administrations (England, Wales, Scotland and Northern Ireland). In the boardrooms of FIFA and UEFA these 4 UK nations have long stuck together as a bloc of 4 to influence football policy to their way of thinking, much to the annoyance of some other members.

Why have they held back their respective nations from playing global cricket whilst other less traditional nations (e.g. Ireland) have caught up with them in the various rankings?

The fact that the likes of Afghanistan, Ireland, Scotland, Namibia, UAE, The Netherlands, Kenya and indeed Bangladesh have made great strides to be in top the 20 rankings of international cricket. Such meteoric strides just shows up how the Caribbean has sat on their complacent laurels a missed having greater influence on pitch and in the corridors of power. 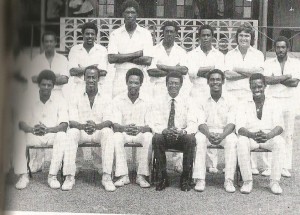 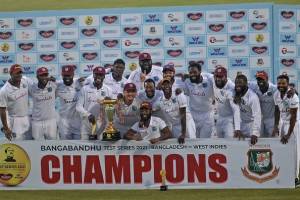 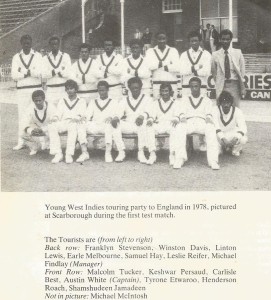 Ideas Man
View all posts by africanherbsman1967 →
This entry was posted in Caribbean, cricket and tagged cricket, west indies. Bookmark the permalink.

2 Responses to Time for West Indies Cricket to Break Up?