As a life-long fan of West Indian cricket there are many of players who brought joy to us that we know very little about. Most let their cricket do all the talking, so few wrote memoirs.

I saw Larry play for the West Indies and regionally for Trinidad and Tobago in Shell Shield where he played with his brother Sheldon. Many of us thought Sheldon would go on to be a West Indies player after he smashed a double century for Trinidad & Tobago away to Jamaica.

Larry was Mr Reliable whenever the West Indian top order had fell away cheaply.

Larry was recently interviewed on the excellent Mason and Guest radio show (Voice of Barbados). What was stunning about the interview for me was this was the first time I had ever heard Larry Gomes speak!

So what did I learn about Larry in the interview: 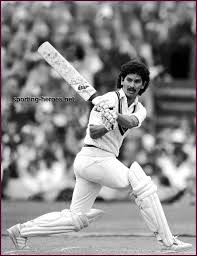