The late jazz pianist McCoy Tyner was known mainly for being part of the legendary quartet led by saxophonist John Coltrane during the early 1960s. Elvin Jones (drums) and Jimmy Garrision (bass) were the other members of a foursome that elevated jazz to deeper spiritual levels.

I started to follow jazz during the late 1980s thanks to the influence of Richard Cook (BBC) and the launch of Jazz FM. At the same time Spike Lee’s “Mo Better Blues” hit the big screen and jazz looked cool to follow. I decided to take a deeper interest in jazz, researching the music, its history and musicians.

The very first jazz album I bought was the Best of John Coltrane which included Tyner playing on some tracks such as “My Favourite Things”, which became one of standout tracks that made the Coltrane quartet a household name. Tyner initially did not like “My Favourite Things” but eventually it grew on him. By 1992 I had purchased most of Coltrane’s recordings, including “Love Supreme” which many regard as one of the 5 best jazz albums of all time.

Tyner started his jazz career in his teens during the mid 1950s. By then he worked in the daytime as a shipping clerk and played jazz at night clubs.

Tyner first met Coltrane in 1955 and there was a verbal agreement between them that Tyner would end up playing with Coltrane in the future. By 1960 Tyner had joined the Art Farmer/Benny Golson sextet. But Coltrane’s wife, Naima, egged him on to recruit Tyner for his own new group.

This led to the quartet of Jones, Coltrane, Tyner  and either Reggie Workman, Art Davis or Steve Davies playing bass until Jimmy Garrison became a permanent player of the quartet. The quartet played extensively across the US and Europe for the next 5 years.

By 1965 Coltrane began to expand the size the group but Tyner decided to leave because he could no long hear himself play in such as larger band. He left with Coltrane’s blessing.

Tyner is rightly known for his association with Coltrane. But when Tyner left Coltrane’s band work dried up and he wanted out of jazz completely and applied to become a cab driver. But the cab driver Tyner approached for a job was someone who used to pick him up from the airport whenever he returned home to Philadelphia from gigs. The cab simply driver did not believe Tyner was serious given his stellar music credentials.

Thankfully, Tyner stayed in the business and worked other seminal albums for other young and upcoming luminaries including Joe Henderson ( on “Inner Urge”), Wayne Shorter (“Night Dreamer”) and Bobby Hutcherson (“Stick Up”) for the Blue Note record label.

Tyner was a fan of classical composers Claude Debussy and Igor Stravinsky. The latter was influential in Tyner making a number of albums with an orchestra.

Tyner as a band leader made well over 60 albums. He was a prolific composer which Coltrane had encouraged him to develop from those early days with the quartet. Blue Note and Milestones records gave Tyner the space to develop his craft with many of the leading young jazz musicians of the era. I still play some of his compositions including “African Village”  “Fly with the Wind“and “Contemplation“. 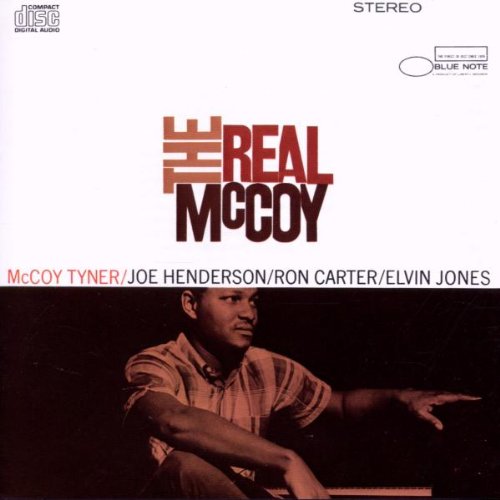 But Tyner’s biggest impact on me was so personal and at the time totally unexpected.

In 1991 my then closest friend (AMS) and I went back to my apartment in Kilburn, London that evening to pick up a few bottles of wine to attend at a party. The young lady scoffed at my interest in jazz and thought I was nuts to have so many jazz records.

So I suggested that she listen to Best of John Coltrane on my Pioneer/Akai/Tannoy music system. She flippantly said “My Favourite Things” was ok.

Then I played Coltrane’s “Equinox” with Tyner on piano. She didn’t feel the vibe and so “Nah”. So I replayed “Equinox” on a loop but this time I turned off the room light and left the apartment for her to listen in that dark surround-sound environment. When I came back to the apartment she ran out the door.

I assumed she was influenced by Coltrane saxophone but no, she was transfixed by Tyner’s piano play.  Let’s just say Tyner work on “Equinox” spoke volumes and turned our friendship into something that experts are still working on to define.

There was a kind of reverence towards Tyner whenever he played in the UK. As he was for UK jazz fans the last link to Coltrane and that extraordinary era of jazz that occurred before many of us was born.

Tyner made his mark and it will impossible for anyone to explain jazz to future generations without including his own contribution to the genre.

During this current COVID-19 pandemic if you appreciate jazz then self-isolation is a good excuse for many of us to revisit the meditative music of Tyner, John Coltrane, Herbie Hancock, Alice Coltrane, Miles Davis, Joe Harriott, Art Farmer etc.

With Tyner’s departure that great quartet of Tyner, Coltrane, Garrison and Jones are back together again somewhere. Coltrane died in July 1967, Garrison (1976) and Jones (2004).