In light of reggae artiste Flourgon’s multi-million dollar copyright victory over pop mega star Miley Cyrus, it is a timely reminder to raise again one of the biggest injustices in Jamaican music culture – the lack of royalties due to its recording artistes by some local record producers and their co-conspirators.

Have mercy on a good man

In a recent interview on Bess FM, the host was stunned when 2 members of the reggae trio The Mighty Diamonds disclosed that they have never received royalties from all those great songs they composed and song in the 1970s and 1980s.

The Mighty Diamond’s first album Right Time was released in the mid 1970s and was an instant hit. The album sold well at the time and still does today. Right Time is generally considered as one of the greatest reggae albums of all time.

With timeless hits such as “Right Time”, ‘”Why Me Black Brother Why’, “Shame and Pride” and “I Need a Roof” we know these singles also sold very well especially in the UK where it was released under Richard Branson’s Virgin and Frontline labels.

In one of his autobiographical self help books (“Screw it, Let’s Do It”) Branson touched briefly on this period and mentioned how he made a lot of money from selling reggae records. Branson wrote of that period “Have fun and the money will come”. For whom Richard?

The Mighty Diamond’s members Lloyd “Judge” Ferguson and Donald “Tabby” Shaw told their radio host that owners of Channel One records (allegedly) were just producers in name and had nothing to with the composition and direction of the songs they made. It is said “Right Time” was the album that put the Chinese-Jewish-Jamaican owned Channel One label on the global map.

Tabby and Judge told their radio host that at no stage did they ever sign any documentation to give away their recording rights.

The Mighty Diamonds made 4 albums in the 1970s on the Channel One & Virgin labels. But according to Tabby and Judge they were so frustrated by the direction and support from Channel One/Virgin that they had contract with the record companies cancelled by the late 1970s.

According to Tabby, The Mighty Diamonds received a total of 12,000 Jamaican dollars from the songs they recorded under the Channel One and Virgin labels.

If true, Branson should be ashamed of himself.

We have heard numerous anecdotes from many Jamaican recording artistes who felt ripped off by record company bosses. The golden duo – Chaka Demus and Pliers – have long said that they too had not received any royalties from their mega-hits “Murder She Wrote” and “Tease Me”.

The likes of Bob Andy and Carlton Manning have spoken publicly at the lack of money for the songs they composed and recorded at Studio One. Both men walked away from the Studio One after each making just one album.

As many of these Jamaican reggae artistes approach pensionable age some of them face financial and health challenges, knowing full well that their lifestyle would have been more sustainable had they been receiving their royalties.

From the 1960s-1980s many of these artistes never knew that the songs they recorded in studio were released in the first place – especially on the international market. As in those days reggae music was hardly played on Jamaican radio.

The late Alton Ellis once told a story of being in England living on hard times and not realising that the songs he recorded in Jamaica were selling well right under his nose.

It is so ironic that many of these Jamaican reggae artistes were creating great songs highlighting the oppression of black people and the need to empower ourselves; while they themselves were being duped.

Many of these local recording artistes who reached beyond pensionable age have had to continue touring incessantly to earn their living.

One of the more heart breaking moments in recent years was watching  Bunny Simpson – the 3rd original member of The Mighty Diamonds – stand motionless on stage whilst performing. Simpson has not been the same for quite some time following a stroke.

[In a 2013 interview with Reggaeville, Simpson said “We had some good moments with (Producer) Gussie Clarke like (such hits) “Pass the Koutchie” and “Danger In Your Eyes”. But things go bad the same way there. Everything is money. Because most of these guys don’t want to pay your royalties so this problem over and over so you have to keep on moving along. We’d just keep on making number ones but no royalties.”]

I do hope some well-intentioned legal team will eventually mount a class action against those personnel who are benefiting from the royalties.

No industry in Jamaica has boosted the island’s image internationally over the past 50 years more than reggae; not sports, not Miss World, not even ganja.

In addition, during some dark periods of the 1960s-1980s many of these artistes suffered harshly at the hands of the state and wider society through police brutality, bigotry and discrimination due to their Rastafarian faith. Many of them wrote songs about their physical abuse at the hands of the security forces. So Jamaica owes them. Especially as the state who has constantly used reggae to promote tourism.

For that reason the government of Jamaica could set up a fund and invite contributions from fans and well wishers. The funds could help recruit a top team of investigators, researchers and lawyers to put together a strong case against the records companies and those individuals who are still reaping the financial benefits.

I also hope those recording artistes who are still with us take time to write their own story and/or produce documentaries on their careers. Jamaica reggae needs its own Behind The Music documentary tv  series that devles further into the background of some of the great albums of this golden era. 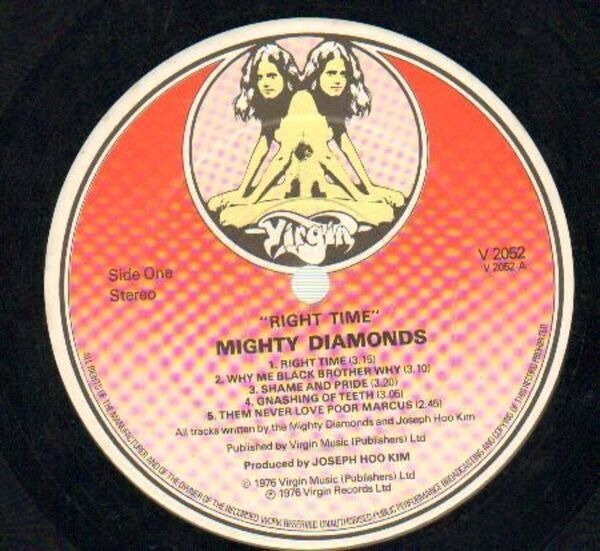