With the International Association of Athletics Federations (IAAF) World Outdoor Championship Athletics in Doha, Qatar, at an end, I am still bemused why this event was held there in the first place.

From the moment Qatar was given the mantle to host this prestigious sporting event, you knew it smelt of possible greasy handshakes and dodgy wire transfers.

Many seasoned observers  questioned the IAAF’s judgement given the climate and concerns of possible low crowds. Well, they were proved right. 28 of the 68 women who started the marathon dropped out along the route.

Greece’s pole vaulter Katerina Stefanidi said in a press conference in Doha “Yesterday the stadium was half-empty for the long jump final but today it was empty. It is disappointing.” 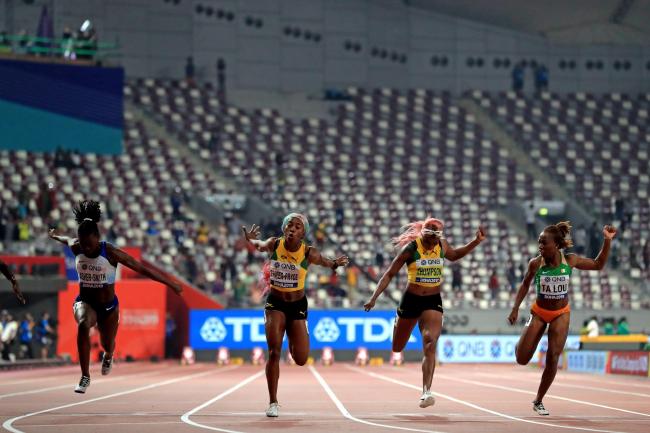 The IAAF should have been pressured to pull the world championship from Qatar given the corruption scandals that engulfed the IAAF under its then president Lamine Diack (Sebastian Coe was VP). 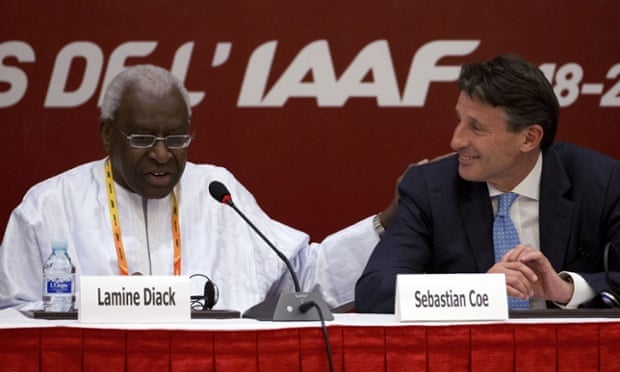 IAAF President Sebastian Coe should be taken to book for allowing Qatar to host this world championship. If Coe was not aware of the alleged and confirmed corruption metered by Lamine Diack and other IAAF senior officials then he should have known. Coe was vice president of the IAAF from 2007 until he succeeded Diack as president since 2015.

The BBC Sports team covering the Doha World Championship was quite right to be critical of the poor crowds in Doha. But in his typical dismissive fashion Coe went low and said..

“It’s very easy to sit there and make all sorts of Gabby Logan-type judgments over three or four days and clear off back to Match of the Day, But it’s really important that we see the long-term development of our sport,”  “That’s not going to be done because we have challenges over ticketing in a stadium for three days. The problem I’ve got with that is it’s the way our sport is being portrayed by some of the people in that studio.” – Coe

When Coe was asked by a UK parliamentary select committee in 2015 if the then upcoming bid by Qatar to host the 2019 World Championship was clean he simply said. “Well I don’t,  ..The situation is very clear. The ethics committee will look at those investigations.”

The select committee members described Coe’s take on the corruption within the IAAF as “extraordinary”, “lethargic” and “wilfully ignorant”.

Once again that old chestnut of poor prize money raises it ugly head. The prize money for the world championship in Doha was as follows

This prize money breakdown has has not changed since the 2003 World Championship in Paris. Total prize money for Doha was a miserly $US7.5 million.

You would think the IAAF suits would have squeezed more cash from the super rich Qatari royal family to significantly increase prize money awarded to the athletes; given the hosts are not adverse to making vast investments in sports.

PDC darts tournaments are played mostly in the UK compared to athletics which is one of the true global sports.

The financial success of PDC darts is down to the sport being run by individuals who know how to generate incremental income for their players. The IAAF is run by former athletes with limited success in the big business world outside of athletics and the sport needs fresh thinking and leadership.

For the most part the Doha resembled more like a development track meet in central England or a Jamaican school sports day at 11 a.m. Thankfully local star high jump star Mutaz Essa Barshim appeared and eventually drew out the home fans.

The scheduling of the events was all over the place, looked rushed and compact. The idea of having the heptathlon and decathlon on the same 2 days was too much and proved difficult to follow on tv.  The field events did not get the live media coverage they deserved. Watching marathon athletes running at midnight through the empty streets was something else.

But I am pleased that the controversial former marathon runner Alberto Salazar (head coach of Nike Oregon Project) was eventually caught and banned for 4 years over doping violations. The allegations of doping within the Salazar camp have been circling for years. The astonishing performances by some of his athletes never felt right. Before joining Salazar some were above average runners on the circuit and suddenly they became unbeatable.

Suspicions were raised a notch when former Nike Oregon Project athletes such as Kara Goucher blew the whistle from as far back as 2013 and explained why I became hesitant to heap praise on any athlete coached by Salazar’s Nike Oregon Project.

“Two years later she (Goucher) went public, telling a BBC Panorama documentary that American Salazar had encouraged her to take thyroid medication to help her lose weight after giving birth. ”

I was surprised that Salazar’s athletes, who were with him in Doha, were not pulled from the championship. It certainly makes the medals won by some of his athletes (inc. double gold medalist Sifan Hassan and Donavan Brazier ) look tainted. We await to see whether the World Anti-Doping Authority (WADA) and the FBI will dig deeper.

Salazar has appealed and Nike will cover his legal bills as they have invested millions into this programme. If Salazar loses the appeal this could have ramifications for Nike’s involvement in the sport.

With no Russians involved in this latest doping scandal, the usual “outrage” in athletics circles has been muted following Salazar’s ban. No surprise given every other current or former athlete (now IAAF officials or pundits) has ties to Nike. e.g. Commentators (such as Steve Cram, Paula Radcliffe) and of course Sebastian Coe. But roll on world championship 2021 in the Nike headquarters of Oregon, USA.

Given Coe has long been linked to Nike’s, there was no surprise when Nike-Oregon (aka TrackTown USA) won the right to host the next world outdoor championship in 2021. What was surprising was that there was not even a vote held by the IAAF to select Oregon.

But there should be concerns by the IAAF if a certain Donald J Trump is still the US president in 2021. The current Trumpian visa rules could prevent some athletes (& their fans) from the likes of Cuba, Russia, Venezuela, China and Middle Eastern/African nations from entering the US. 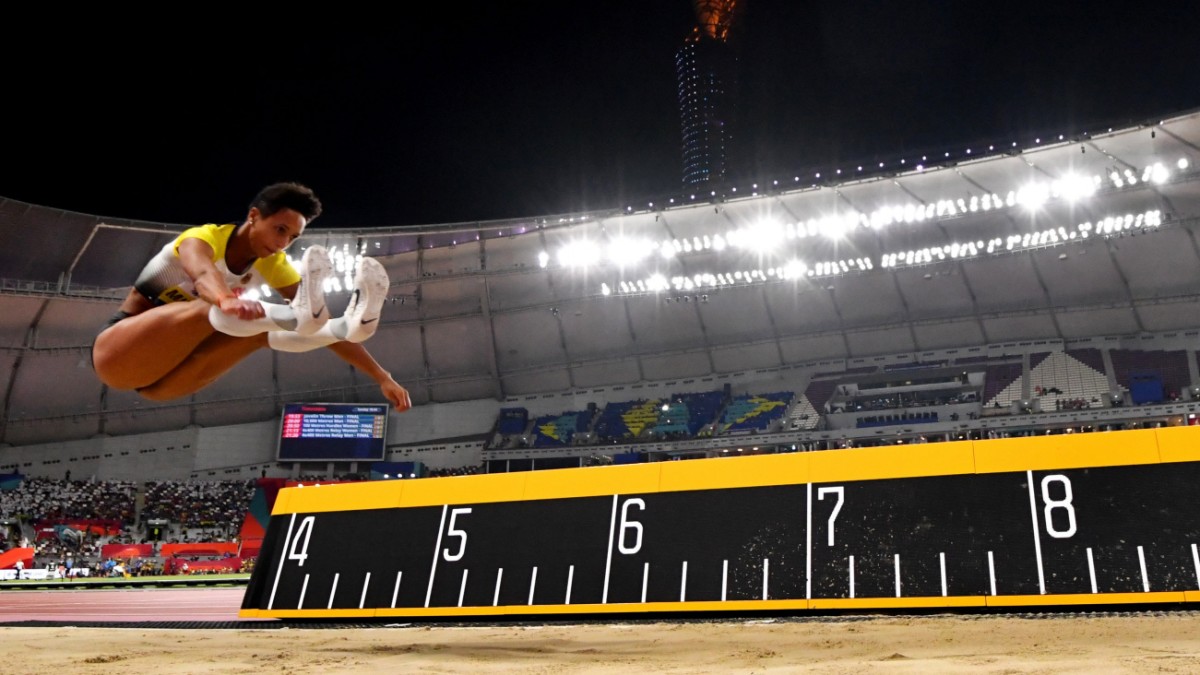 There were so many sterling performances in Doha on the track and the infield. Some of my own highlights include: 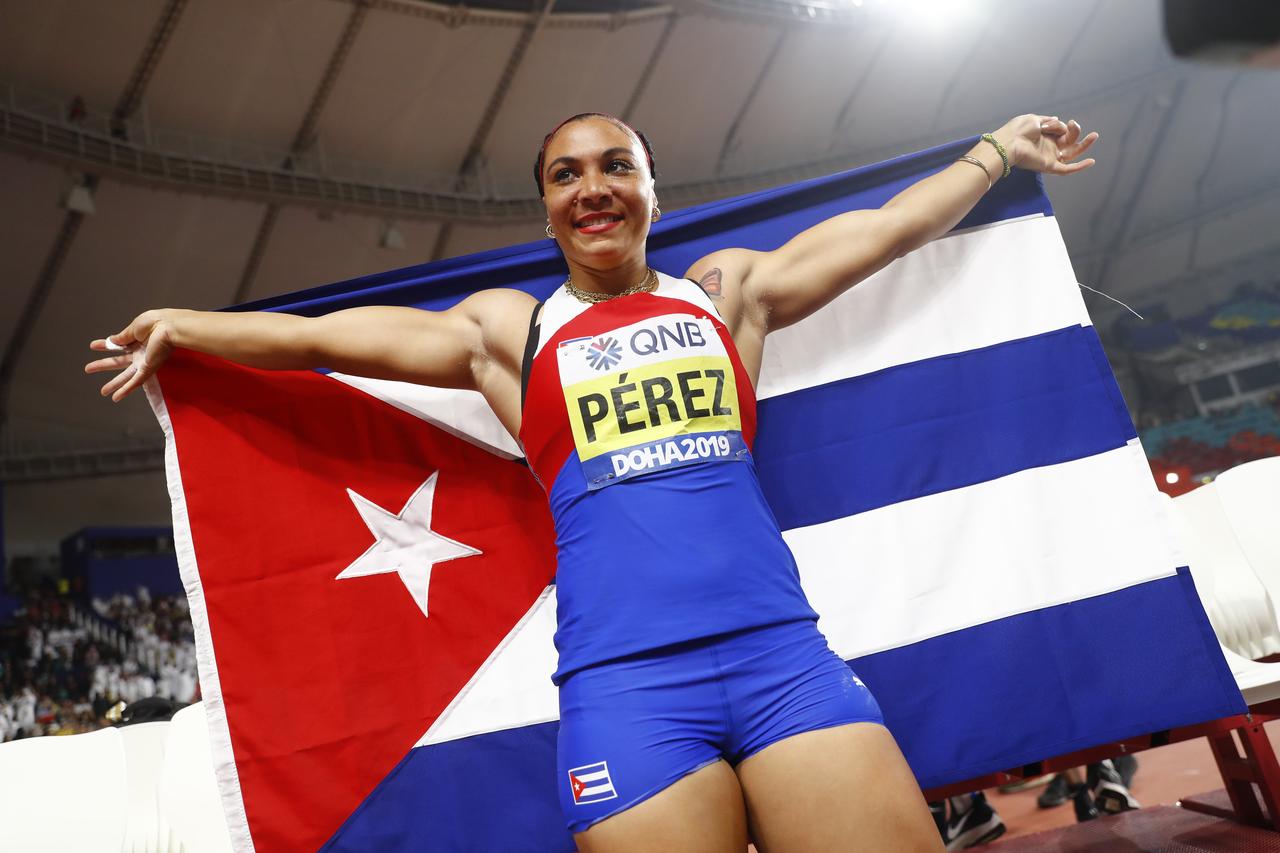