Tremendous Ashes series between England and Australia ended in a 2-2 tie following the host’s resounding victory in the final test at the Oval. The biggest winners has to be the bookmakers.

Although the Aussies kept the Ashes, England did not deserve to lose the series and came strong with an excellent team performance against a side poorly led by Tim Paine. It must be said that Paine is one of the luckiest skippers ever to tour England. He did little with the bat and his decision to bowl first at the Oval even baffled some of his coaching staff and former players. You just do not bowl first at the Oval, especially when leading a test series by such a slim margin of 2-1.

But overall the Ashes was a riveting test series where the sessions were full of high drama and tension. Much has been written about the exploits of Steve Smith’s Bradmanesque batting. The man is not normal and as cricket fans let us enjoy watching his unique excellence and his idiosyncrasies at the crease.

England’s Ben Stokes has proved once again to be his team’s talisman, their rough rider and a juggernaut of the sport. Nothing is lost when he is involved in the game whether as a batsman, bowler or fielder.

Jofra Archer and Stuart Broad spearheaded England’s bowling attack and the Aussie batsmen – with the exception of Smith –  had constant nightmares. Archer is the genuine article, such a smooth bowling action and when you can let the ball go at 96 mph..

Archer has great rhythm and coordination. For his sake I hope England protect the former West Indies under 19 cricketer (sigh) and not over bowl him to avoid serious injury.

Broad’s regular dismissal of opener David Warner (7 times out of 10)  must have made the normally aggressive opener wish he was still suspended from cricket (ball tampering). It was reminiscent of the 1980s Ashes when the great England opener Graham Gooch was dismissed so often by Terry Alderman that the former asked to be dropped from the side.

[Former West Indian fast bowler Michael Holding, will tell you that in 2018 he tipped South Africa fast bowler Kagiso Rabada on how to dismiss Warner and since then the Aussie left hander has never been the same in red ball cricket.]

Aussie opening bowlers Pat Cummins and Josh Hazlewood deserve a special mention. They bowled with such consistency, accuracy and pace but the supporting bowlers could not match the quality of that opening pair. Overall the bowlers from both teams had the upper hand throughout the series.

Special mention too to the spectators who played their part in making the Ashes great television for those of us not lucky enough to attend. They brought an English Championship football feel to all the matches.

Test cricket will always be in a strong position as long as the Ashes remains this engrossing. 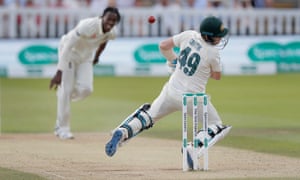 West Indies cricket seems to be heading downwards again. The recent touring Indian team – under the captaincy of Virat Kohli – went unbeaten and clobbered the West Indies in the tests, ODIs and T20 matches winning 7 of the 8 matches played (one match rained off).

Unlike the Ashes, this series this was so one sided and embarrassing for the West Indian players and fans. It was hard to watch.

Yes, we accept that India has a very strong team but they are normally beatable when on tour. West Indies captain Jason Holder and Kemar Roach bowled their hearts out but the local batsmen were just abysmal.

Kohli’s side rarely got out of 2nd gear and his fast bowlers were quicker than their West Indian counterparts. [Imagine that Michael Holding, 1976, Sabina Park?] Especially Jasprit Bumrah, whose clean bowling of the West Indian top order was a sore sight for local eyes. The current West Indies batsmen seem to have an acute allergy to occupying the crease whenever there is a red ball in play. 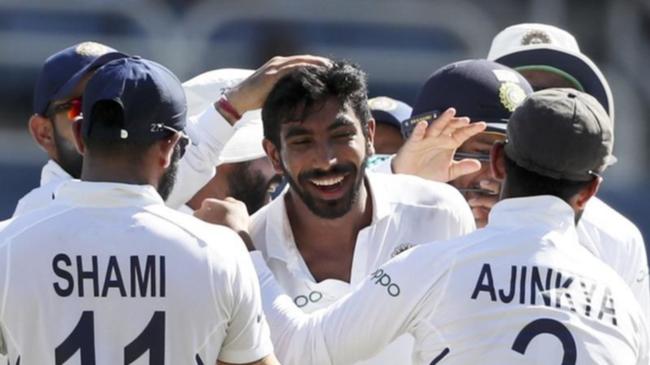 Yes, us West Indian fans enjoyed rapturously when England lost the test series in the Caribbean earlier this year. We were hoping that victory was the stepping stone we have been waiting for since the 1990s. Some observers would say that it was the leadership  of Richard Pybus -then interim coach- that allowed the West Indies to perform so well against England. But West Indies’ series victory was assisted greatly in the first test, when England skipper Joe Root read the pitch so wrong and left Ben Stokes out of the team. Yes, the same Ben Stokes of Headingley.

Floyd Reifer – current West Indian interim coach –  has had a poor win record since taking over from Pybus ahead of the recent the World Cup. It is hard to see Reifer staying on in the post for much longer. The post of West Indies full time coach was recently advertised and the word is Phil Simmons is the clear favourite to succeed Reifer, having left a similar role at Afghanistan.

Quite rightly Jason Holder has lost the captaincy of the white ball West Indian teams to Kieron Pollard. Hopefully Brandon King will get selected for the next West Indies squad. He need a stint of county cricket in England to develop his career for the longer format.

To add insult to injury, India A also toured the Caribbean this summer and defeated West Indies A 4-1 in the ODIs and 2-0 in the unofficial test series.

The state of the West Indies’s women cricket is also in a delicate position. The senior team was destroyed by their visiting Australian counterparts in 3 ODIs. In those 3 matches the Australians scored a total of 798 runs compared to the West Indians 469. The T20 results ensured a complete white wash by the Aussies.

Just like their male counterparts, the West Indian women batters have a problem finding the gaps to rotate the strike and thus their batting approach is either boundary, dot ball or dismissal.

West Indies women has very few stars to pick from but one of them is vice-captain Hayley Matthews. So it was disturbing to hear that Matthews was dropped from the series for disciplinary reasons just hours before the first match against the Aussies.

But this is a superb Australian team. They had earlier outplayed England in all  3 formats on British soil and is setting a standard of dominance and excellence that is rarely seen in female team sport. If you have not watched Australia’s Ellyse Perry at her best you are missing a treat. I just love how Georgia Wareham bowls her leg breaks. Tayla Vlaeminck’s bowling is super quick and at times looks faster than some of the current West Indian fast/medium male bowlers. Former England captains David Gower and Ian “Beefy” Botham brought their long commentating careers at Sky Sports to a sad close. I was fortunate to have seen both play live for England during their prime. Both took their on/off the field flamboyance to the commentary box and made it fun to listen.

Hopefully some other media platform will make use of these two marvelous raconteurs whose wealth of cricket knowledge and stories are too important to put on the back burner. But you could see a Gower/Beefy uncut tour of Britain and Australia on the horizon.