Boris the PM – Bust by Halloween?

When Boris Johnson first became Mayor of London in 2008, I was dismayed. Imagine my disbelief now that he is the UK’s new prime minister. Undeserving.

Boris has been around UK media circles for decades. His clowning personality made him a popular figure around the London social bars. As a journalist Boris was never scared at throwing incendiary remarks in his articles.

But Boris’ appearances on shows such as Have I Got News for You gave him the kind of street cred few Tory supporters – even today – could ever achieve. He was indeed different from his political allies. Some of the liberal media mob also found him infectious. Now today Boris is indeed the PM. Unbelievable.

As Mayor of London, Boris was really good at surrounding himself with personnel who had solid skills in planning, administration, organisation and communications. Boris’ transport adviser, Kulveer Ranger, was a perfect example of this. The weak link was always Boris. But his bumbling personality was a great decoy to some of the political scraps he got into as mayor.

Boris – The Foreign Secretary That Never Was

As foreign secretary (2016-2018) in Theresa May’s government, Boris was a disaster of the highest order. Back then he showed little interest on the issue of BREXIT. Despite such a dreadful performance Boris’ main supporters were still lining him up to succeed May as PM.

The first thing that struck me about PM Boris’ cabinet appointments was who will be gone before Christmas? Or even Halloween?

Patel as International Development Secretary (2016-2017) ruined the reputation of her department. She was eventually fired by Theresa May over unofficial and undisclosed 12 or so meetings she held with leading Israeli government officials.

Yet Boris has given Patel oversight of crime, policing, immigration and (most worryingly) national security. To me Patel is the John Bolton of the cabinet; an accident that will happen. She can’t help herself.

Since Patel’s new appointment she has made all sorts of outlandish tough promises that will eventually come back to haunt her.

Given Patel’s long standing back channels to the Netanyahu government in Israel, it is poor judgement by Boris to allow Patel to have control of MI-5 and other counter terrorist units. Some of the leadership of the security and police services have long had serious misgivings about Boris from his time as mayor. Just think back to the Damian Green incident in 2009.

Michael Gove’s move to the Cabinet Office is the ultimate revenge for Boris against his former buddy/then-backstabber. Cabinet Office minister is one of the worst jobs in government as it has no power or influence. It used to be a powerful cabinet position but its significance in government started to wane from the Tony Blair years.

Keeping Stephen Barclay as BREXIT Secretary is a reminder of his abject failure in that role. It is also a reminder of when Barclay pulled off one of the most bizarre moments ever seen in the House of Commons when he voted against his own proposed BREXIT legislation; and still kept his job under May.

Matt Hancock’s presumed elation at being appointed Secretary of State for Health must have been dented at the news that Nadine Dorries will be one of his deputies at Richmond House. Lucky civil servants.

Amber Rudd is turning into the great survivor of dodgy Tory governments. I do not know how she does it. But remaining at Department of Work and Pensions means she will not enhance her popularity with the public.

Boris’ choice of James Cleverly to be Conservative Party chairman was a surprising move. But they have links back to their days in City Hall.

How Boris and Cleverly handle the surge of islamophobia within the Tory party will test whether the appointment of a BAME chairman was superficial. But Cleverly is right on one thing when he states

“Jeremy Corbyn has said that only his Labour party can be trusted to unlock the talent of minority ethnic people. Yet it is the Conservative party that has appointed twice as many BAME people to the cabinet than Labour has ever done.”

Mark Sedwill’s time as cabinet secretary (UK’s top civil servant) must be under some pressure. As a number of the new cabinet members and their advisers have had a deep distrust of his time working with May. Plus new PMs tend to prefer a cabinet secretary of their own choosing.

What Now for Corbyn’s Labour?

In the short term Corbyn is in trouble if he does not respond smartly to these latest political developments of Boris-the-PM and the appointment of Jo Swinson as leader of the Liberal Democrats.

Labour’s toxic infighting since Corbyn became leader in 2015 is a key reason why Boris is ensconced now as PM today. Had Labour stayed united during the dark days of May’s government then they would have been negotiating BREXIT today.

The Labour Party thus cannot get too complacent and assume their chances of defeating bumbling Boris at the next general elections is a foregone conclusion. Boris knows what it is like to defeat Labour twice in liberal-leaning London. Thus Labour itself needs a pragmatic shakeup of the its senior ranks and front bench. Corbyn also needs to revamp his support team.

To begin with, Corbyn needs a more vibrant and supporting person as his deputy and not the current one in Tom Watson.

I am amazed that Watson has not resigned or being forced to relinquish his post.  Watson abused his parliamentary privilege to smear a number of former senior politicians which we learnt were false following the conviction of serial fantasist Carl Beech.

Beech had accused a number of high Beechle former politicians of being part of the Westminster child sex ring. Watson made similar claims in parliament and on his blog. He should pay a heavy price politically.

The headlines over Boris-the-PM has overshadowed earlier calls for Watson to resign but pressure must be applied again for his removal. If Corbyn/Labour does not dump Watson then the Tory party spin-machine and their media pals are going to have a field day targeting Watson’s lack of credibility. They would be so right.

Your move Jeremy. But act quickly and smartly. Time to make Labour’s front bench and campaign team a broader church and not totally far left leaning.

Will Boris call for an election before 31st October just to wrong-foot Corbyn and play on the chaos in Labour?

Boris the Champion of Immigration Amnesty?

Corbyn could move quickly to ask Boris if he still believes that there be should an amnesty for illegal immigrants who have been in the UK for a certain amount of years. Boris has been campaigning for this approach to immigration for years.

As it contradicts what the new home secretary has been blabbering on over immigration.

Boris is bound to get a positive bump in the polls. His media friends and contacts will ensure that he sucks up all the positive publicity in the lead up to October 31st. Boris’ braggadocious belief that deal or no deal the UK is leaving the EU is based on a belief that Donald Trump will come to the rescue with an promising trade deal.

We all know Trump cannot be trusted. The current trade war with China is a testament of the uncertainties that could harm UK markets. Today’s trade retaliation by China against US interests must be worrying Treasury and Bank of England officials if the no deal BREXIT goes through.

Boris is right to have pledged £2.1 billion in preparations for a no-deal BREXIT. But it’s just a pledge with no real guarantees. And that money would not make any real effect on the UK public services until late 2020. Where will the billions come from in order to deliver on this pledge?

With the Liberal Democrats winning the recent Brecon and Radnorshire by-election, Boris’ chances of going for the no deal BREXIT option is virtually nil.  A nominal Tory majority of just 1 in the Commons means Boris is already in lame-duck territory. It is up to Corbyn’s leadership and actions on whether Boris gets out of this log jam.

One option for Boris would be to call a snap general election for early October to see if the Tories would win more seats. They could also rely on Nigel Farage’s BREXIT Party taking seats from Labour in the north of England.

Corbyn must take stock of Labour’s dismal 4th place in the said Brecon and Radnorshire by-election and act accordingly. Even though Labour has failed to regain this seat since 1979.

But I will not be surprised that when the 1st November comes round, the UK will still be in the EU and then those sharp political knives will be out for Boris. From all sides. 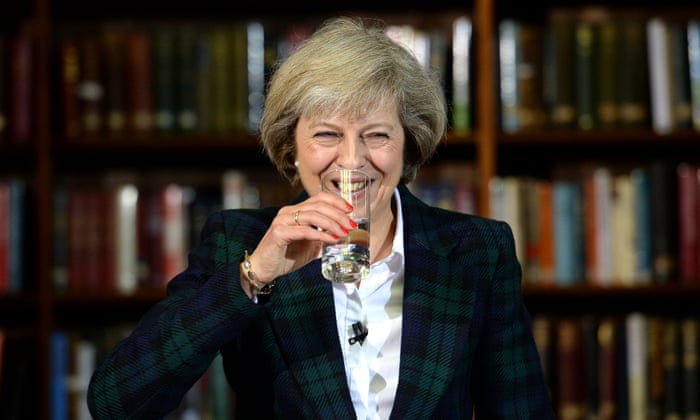