A Golden Period of Test Cricket

Many thought that test cricket was on its dying legs. Some were hoping the rise of T20 cricket would finally kill interest in the longer version of the game that I love. They had a convincing argument and such views was gathering pace over the past 3 years. As crowds and interest for test matches started to dwindle in places like the West Indies.

Then in the past 10 weeks we saw India win their first ever test series in Australia, the West Indies won a series against England for the first time in a decade and Sri Lanka became the first Asian nation ever to win a test series in South Africa.

In the first test match against South Africa, Sri Lanka’s Kusal Perera played one of the greatest and bravest match winning innings in the history of the sport. West Indies’ captain – Jason Holder – cemented himself as the finest all rounder to come out of the islands since his Barbadian compatriot Gary Sobers. India discovered a superstar of the batting, wicket keeping and mic chatter in Rishabh Pant.

Sri Lanka were on such a long losing run that any thought of them defeating South Africa was deemed far fetched even by their die-hard fans. Indian captain and superstar Virat Kohli found willing batting support from both Pant and Cheteshwar Pujara. The West Indies became a united team again without any of the usual off the field player melodramatics.

Test cricket fans like myself will savour this period. 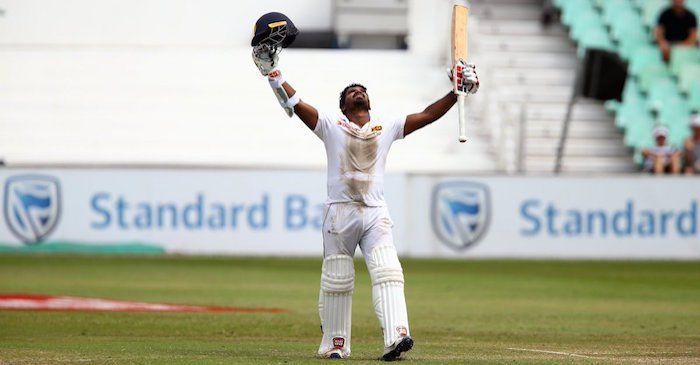 “Kusal Perera. You beauty. You did it single-handedly with a fighter in a number 11. Sri Lanka. You’ve watched one of the greatest innings ever played #Cricket” – Ravi Shastri, former Indian cricket and current Indian team manager

Funking all over the globe
View all posts by africanherbsman1967 →
This entry was posted in cricket, sport, sports, Uncategorized and tagged cricket, india, sri lanka, west indies. Bookmark the permalink.

1 Response to A Golden Period of Test Cricket