Shaun Bailey, 47, was recently selected as the Conservative Party’s candidate for the 2020 Mayor of London race. This announcement has not made a big splash beyond political media circles. But it really should.

Shaun Bailey is black of Jamaican ancestry. Whether we agree with optics or not, to see a black man representing the Conservatives for one of the most powerful jobs in UK public life, is indeed a major moment.

Up to 20 years ago a British black Conservative in the public eye was a rarity. Back then such persons would be ridiculed and called all sorts of derogatory names. They were viewed with suspicion and faced disrespect by some of their own white Conservative colleagues.

Bailey grew up in West London. A former community youth worker, he has been a regular voice in the media for 2 decades.

In 2010, Bailey worked as an adviser for newly-elected Prime Minister David Cameron. But Bailey’s experience did not go well as he felt sidelined by the mostly Etonian posse at Downing Street. By 2013 Bailey moved on to a dead-end post at the Cabinet Office, taking a 25 grand-plus pay cut. Since 2016, Bailey has been a member of the London Assembly.

Not long after Bailey’s selection for the Mayor of London race, the Labour Party machine and other groups began painting Bailey as a racist, an Islamophobe and the architect of the police cuts in London.

“So the Tories have chosen @ShaunBaileyUK as their candidate to run for Mayor in 2020. Lets not forget that he helped implement crippling cuts to the police and youth services when advising @David_Cameron in Number 10. He won’t keep Londoners” safe.

“A pro-Brexit Tory candidate responsible for damaging youth and police cuts with David Cameron? Shaun Bailey would be dreadful for London. Bring on the campaign!”

Siddiq’s false statement that any middle level adviser has such powers to cut spending is embarrassing. When she knows full and well that such cuts were driven by the Chancellor of the Exchequer.

Bailey has had racist slander flung at him by Labour before.

Kensington MP, Emma Dent Coad posted in a 2010 blog about Bailey “Who can say where this man will ever fit in, however hard he tries? One day he is the ‘token ghetto boy’ standing behind D Cameron, the next ‘looking interested’ beside G Osborne. Ever felt used?”

Coad apologised years later in the lamest of fashion

“If he was offended by me repeating what other people have said then I do apologise.”Clearly, I shouldn’t have repeated it. People have taken it the wrong way.”

If Bailey has any chance of unseating the incumbent Labour Party Mayor – Sadiq Khan – then has to run a campaign so different from previous Tory Mayoral candidates. Who Bailey selects as his campaign spokesperson will be critical going into 2020. Bailey has to be visible immediately to the general public. He has to be consistent and clear with his messaging.

Bailey has to campaign hard in those Labour strongholds such as Brent, Waltham Forest, Lambeth, Southwark, Hackney, Newham and Camden to have any chance of becoming Mayor. I am amazed that Bailey has never appeared on BBC’s flagship political discussion show, Question Time. He should try and become a regular guest on the show.

After Bailey was selected as the Tory candidate, some media houses went with Windrush type headlines such as…

Yet in June 2018 Bailey wrote about the ongoing Windrush scandal:

“Over recent months, we have witnessed long-term residents unable to produce documentary evidence of their right to live and work in the UK, leading to doubt over their eligibility to access healthcare, pensions, and benefits. This was a Home Office error that led to significant ramifications for those affected…

The Government’s response could have been swifter, but it was robust. They have established an advice helpline, offered help to residents to obtain relevant documentation, and set up a compensation scheme for those affected. This will go a long way to try to right this wrong, although the key thing to ensure is that it never happens again.”

Bailey’s reaction to the Windrush scandal looked so weak. He has said little since on the subject. When really he should have been more outspoken.

During future debates, media interviews and town hall discussions, Bailey is bound face questions over his Party’s handling of the Windrush scandal, which is far from being resolved.  Has Bailey discussed the Windrush scandal with the Home Secretary?  Bailey’s reaction to the Windrush scandal, going forward, is vitally important if he hopes to get many votes from the Afro Caribbean community; who genrally vote for the Labour Party.

Bailey will be challenged over his policies and views on post-BREXIT, transport, immigration, crime, jobs, housing and racism.

Bailey will face scrutiny over a his 2005 report – No Man’s Land  – How the inner city young being failed. Where his views on multi-cultural Britain is bound to raise eyebrows during the campaign.

” You don’t know what to do. You bring your children to school and they learn far more about Diwali than Christmas. I speak to the people who are from Brent and they’ve been having Muslim and Hindi days off. What it does is rob Britain of its community. Without our community we slip into a crime riddled cesspool.” -Bailey 2005

What could help Bailey’s campaign – in the long run –  will be public endorsements/good news outcomes from the young people he encouraged when he was a youth officer.

I was hoping Bailey would keep away from the normal mudslinging negative electioneering and run mostly an aspiring campaign. Focus more on his own plans and ambitions for London and less on attacking his rivals.

But already within 24 hours since his victory Bailey attacked Khan on crime. Bailey also slammed the Labour’s Party’s ties to the trade union. Bailey needs to ease off on the trade union bashing. As those members are some of the voters he needs to pry from Khan to get into City Hall.

Khan’s time at City Hall has proved to be a major disappointment. Khan’s handling of crime and transport has come in for constant criticism.

Some Labour supporters were angry with Khan’s constant digs against Jeremy Corbyn. Some felt Khan’s comments about Corbyn was a betrayal. Given how the Labour leader campaigned for Khan during the 2016 Mayoral elections.

I wish them well.

Maybe its time for the next mayor of this great city to be a non-seasoned political figure. An independent-leaning mayor that can bridge the political divide with their policies, leadership and personality.

I would love to see other figures join the 2020 race who have leadership experience outside politics. People like Kanya King,  Richard Branson, Brian Moore, Heather Rabbatts, Martha Lane Fox or even motormouth Piers Morgan.

In a post-BREXIT Britain the role of the Mayor of London will be of such importance than at any other time since the role was created in 2000.

Well known respected playwright and broadcaster, Bonnie Greer tweeted last week that she heard Bailey speak once and from that experience felt Mayor Khan would win easily in 2020.

But Bonnie, Londoners heard Boris Johnson speak for decades and still gave him the keys to City Hall. Twice! 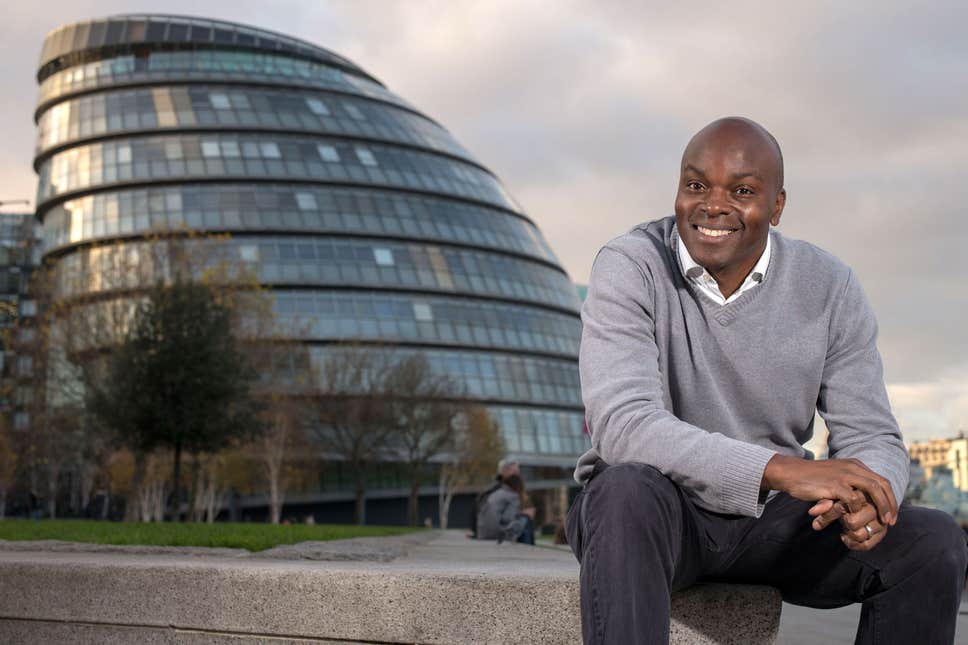