Yesterday we woke up to the sad news that former England footballer Cyrille Regis had died of a heart attack at just age 59.

Cyrille is regarded as one of the trailblazing black footballers in English football from the late 1970s onwards who inspired future generations of black kids to take up professional football.

The first time I came across Cyrille was in the early 1970s. He and my older brother David played football together as teenagers in the North West London area of Kilburn/Queens Park, Brent.

David was a football fanatic. He, Cyrille and other young working class teenagers found solace and camaraderie in sports. They would play a variety of sports in the local parks of Queens Park, Grange Park and Paddington Recreation Ground.

Cyrille and David played local sports alongside future sports stars such as Ricky Hill, Mike and Steve Gatting. David, Cyrille and especially Ricky Hill became local stars in junior football across Brent. For a while David and Cyrille played at the influential Oxford and Kilburn Boys Club.

By the mid 1970s my mum dragged both David and me to live in Jamaica.

But David and I followed Cyrille’s career through British newspapers and magazines (e.g. Football Monthly) sent to us in Jamaica by family friends.

Imagine our delight in 1977 when we saw Cyrille being recruited by top football club West Bromwich Albion. He and other black players Brendan Batson and Laurie Cunningham played together at The Albion.

Cyrille explained that at the time having 3 black players in one team proved too much for some fans who stepped up their racist abuse.

From 1970s – 1990s racism in English football against black players and black spectators was toxic. It just was never a pleasant atmosphere to watch your team in person as rival fans and some from your own club would taunt you at the game and on public transport.

As Cyrille said about his own experience of racism

“You’d have up to 10,000 of them chanting racist abuse at you. You’d have hundreds of bananas hurled at you. You’d get called names – the ‘n’ word, ‘you black b******d’. I had a bullet through the post on my first England call-up”

Their efforts to combat racism – without any support from the police and football authorities – must never be forgotten.

Cyrille was a very strong physical player with supreme speed and was a powerful striker of the ball. He was a hard working player.

Whatever team Cyrille played for I was delighted whenever he scored goals. As in a way he was one of us. Like the other few black players then in the league I wanted them all to be successful.

When Cyrille won the FA Cup in 1987 with Coventry City, David and I watched the game at our flat in Kilburn – just a few hundred yards from where Cyrille’s football journey started.

At the time David felt so proud and remarked something like  “How many black men from Brent can say they have won the FA Cup… In Brent?”

Cyrille was a credit to football both on and off the pitch. He was calm and easy to get on with. On the pitch he was a nightmare for defenders but off it he was respected by players, the media and fans. Even by some of  those same fans who had made racist chants against him.

Cyrille delved into coaching and also became a football agent. Cyrille’s unassuming demeanour earned him respect by football club owners when he negotiated contracts on behalf of his clients.

The last time I saw Cyrille in person was (with David) roughly 8 years ago at a celebrity charity football match in Hayes, West London that Cyrille organised with his nephew (former footballer) Jason Roberts.

My brother David died in Bedford, Central England in March 2013. In the very last exchange I had with him we spoke about Laurie Cunningham and Cyrille. As David had suggested that I watch a tv documentary on Laurie’s life which featured Cyrille.

Cyrille we will never forget you big man.

“Where’s Laurie? In heaven? In hell? In space? He was 33. If I had died in that car crash where would I be…..I had to get some answers and, to cut a long story short, I became a born-again Christian. It gave me a perspective of earthly values and eternity. I hope I see him in heaven.’ – Cyrille Regis,  July 2017

“I look back over my life and can say that, although I have some regrets I have so much to be thankful and so much to be proud of. I have the privilege to mentor players and men in general, sharing the wisdom I gained through life” – Cyrille Regis, 2010. 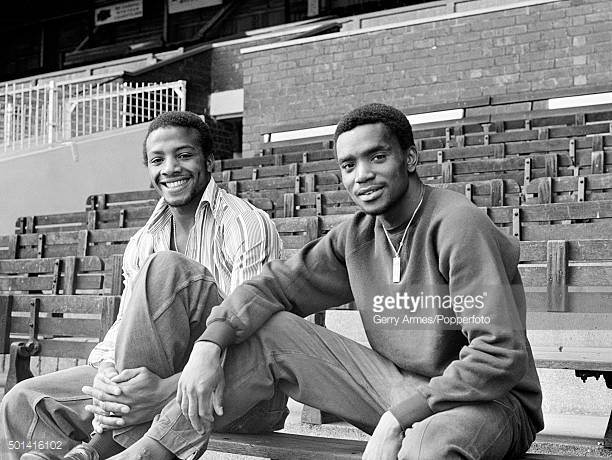 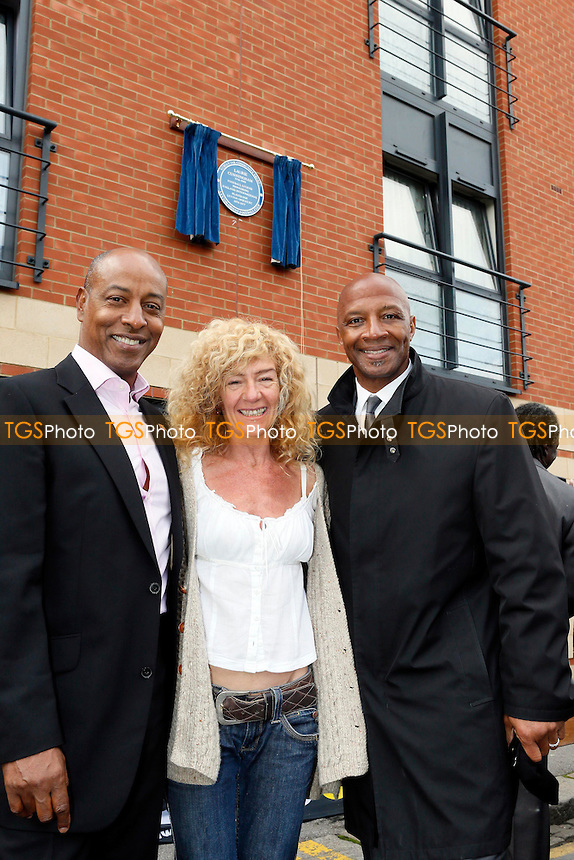 Leyton, East London 2013: L-R Brendan Baston, Nicky Brown (Laurie’s widow). and Cyrille at the unveiling of a plaque in honour of Laurie Cunningham 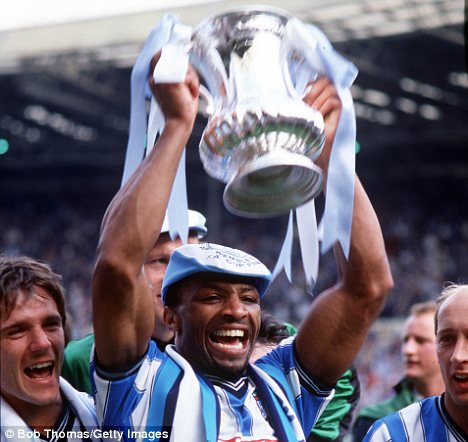